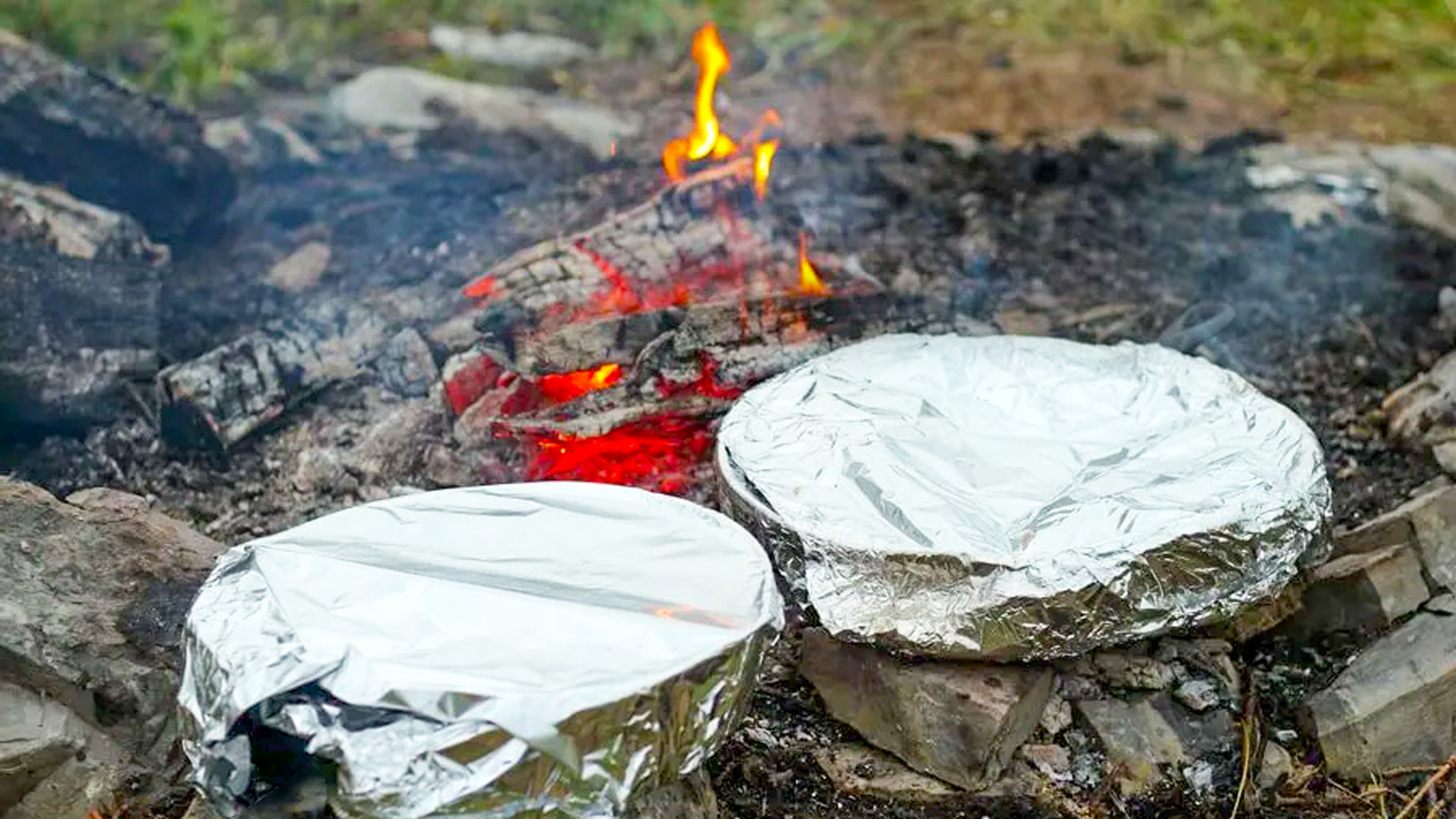 Growing up I spent a lot of time in the woods. If I wasn’t down in the swamp catching turtles and snakes to take home in plastic containers, holes punched out of the lids with a rusty screwdriver, I was hiking in the Appalachian mountains with dad. We sometimes planned the journeys meticulously, poring over topographical maps, trying to imagine the unseen landscape through the language of numbers and contour lines.

But more often we would head west into the mountains, wandering down the tributaries of back roads until they became dirt, then twin ruts between grass columns, with the vague purpose of finding something new by accident.

The mountains were the closest thing to wilderness we had, a barrier between the world at home and a world unknown. These mountains contained western expansion within North America for centuries. They were the realm of Indians and moonshiners, plucky banjo music and psychedelic autumn colours.

For us, they were rain and snow, filtered sunshine coming through towering oaks, the ground smelling like moss and fungus. They were bald rock flows, natural meadows, the twitch of a white tail deer, the heavy footstep of brown bears and the skittering, never still chipmunks that you only ever saw if you sat still until your feet went numb in your boots.

The Appalachian Trail winds over 3,500km along the eastern edge of the US. Over the years we must have hiked about half of it in spurts. We caught trains and buses, drove down innumerable dead-end roads and hitchhiked with people straight out of country songs and children’s books. Along the way we experimented with all kinds of food. Weight is a big issue when you’re carrying everything you’re going to eat with you and you’re going to be in the woods for a week or two.

There are points in your memory where everything congeals, the memory is crystal clear, intact with smells and tactile sensations, you can remember the way the stars looked in the sky, the sound of the breeze in the trees around you and the warmth from the coals in the fire.

I can remember dad mixing up the cornbread mix, almost reverently. The coals were glowing as he dropped the thin pot in, wrapped in layers of foil, and buried it. How he measured when it was ready I’ll never know, but it always came out perfect: a light brown crust covering the whole loaf, sweet as butter inside.

We used canned chili, but this recipe is how to do it right.

On chilly winter nights in the bush, this is the perfect way to stay warm and cosy around the campfire, inside and out. 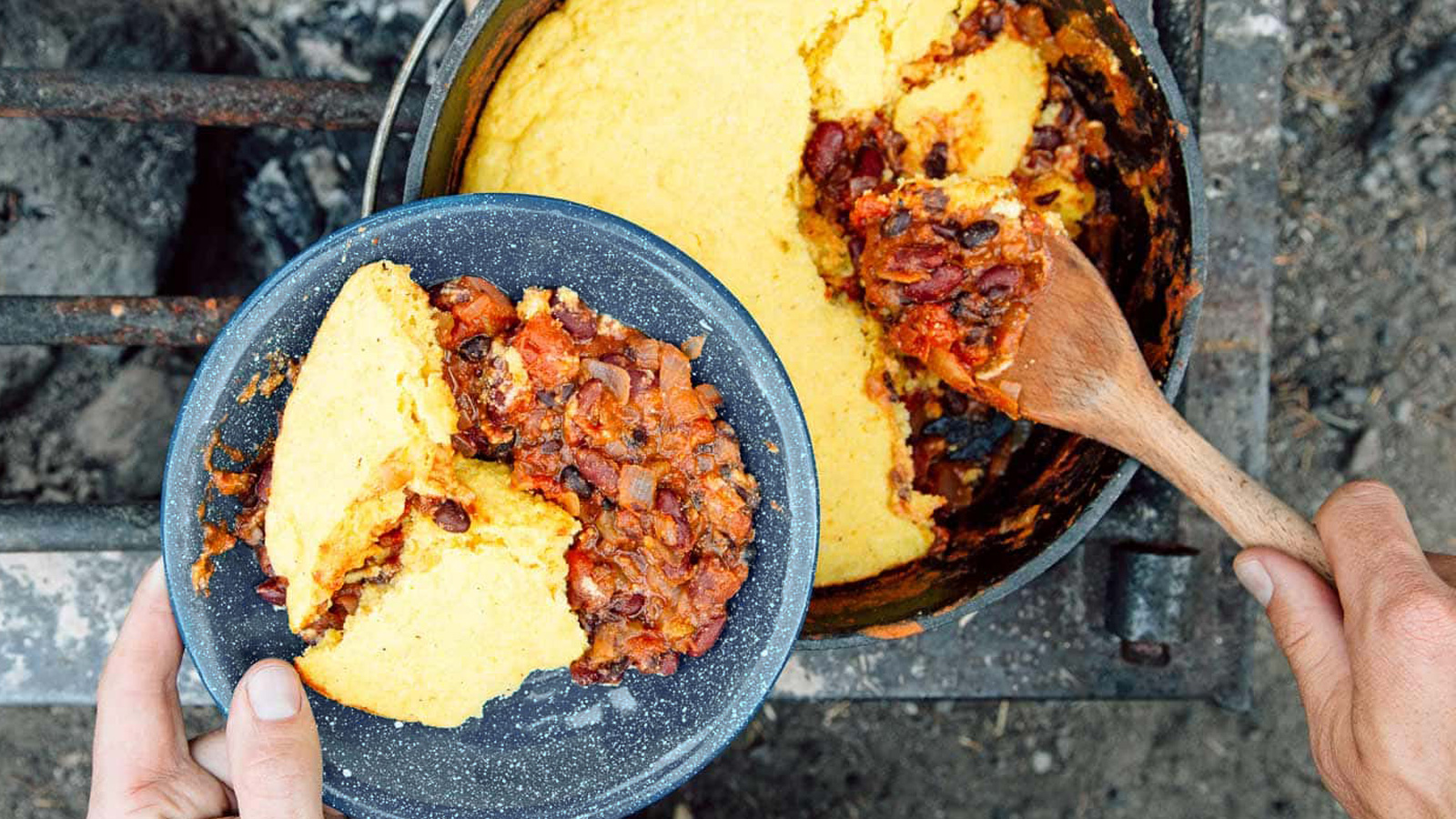 Mix the chili ingredients first and then pour the cornbread batter over the top. Let the all the ingredients cook together for 45 minutes to one hour depending on the heat. Make sure you maintain an even heat with coals. It’s a good idea to pre-mix the dry cornbread ingredients and store them in a Ziploc bag while you’re travelling.

If you really want to make things simple,just add a couple cans of chili to the pot and pour the cornbread batter on!

When you pull the chili off the fire, you can add shredded tasty cheese, sour cream and avocado, but you don’t need to. This is a delicious winter warmer on its own!