Second round of Great State Vouchers to boost the summer rush…

After a year that will be remembered for all the wrong reasons, Australia stands on the precipice of a Golden Age of domestic tourism.

Yep, all signs point towards 2021 being a boom year for tourism operators across the land.

With interstate restrictions wound back, overseas travel at a standstill, and more Aussies keen to get out and explore after a year of being pent up, a big spike in domestic tourism is already being felt in many regions.

The South Australian Tourism Commission has sought to capitalise on the boom via their Great State Vouchers scheme – the first round of which injected nearly $10 million into the state’s visitor economy.

A second round of vouchers are set to launch just in time for the peak summer touring season – which will surely result in plenty of South Oz locals and interstate blow-ins alike capitalising on a high value getaway option.

The second round of the program, valued at over $2 million, offers punters $100 vouchers for stays in the CBD and North Adelaide region, as well as $50 vouchers towards regional stays.

This time around, the SA Tourism Commish has opened the vouchers to interstate visitors, allowed an extension of the travel booking period and qualified smaller accommodation providers offering five or more rooms.

“The first round of vouchers injected millions into our state’s economy… most importantly, sustaining and creating jobs in our tourism industry,” said South Australian Premier Marshall.

“The stimulus program is proven to work and with the summer holidays traditionally a peak tourism period, we’re acting now,” he explained.

Fancy a discount stay in Robe while exploring the area’s world-class beach runs? Perhaps a couple of nights under the stars at Wilpena Pound Resort?

Vouchers are up for grabs January 5 – grab ‘em while they’re hot! 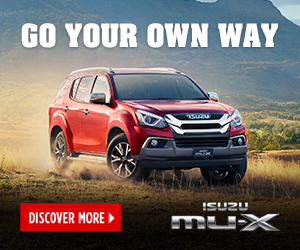