PROTECTING YOURSELF FROM OUTBACK SNAKE BITES

As a 4WDer and a venomous snake catcher, I get to share both of these passions with friends and workmates.

Even people I don’t know are insisting I join them on offroad adventures down some forsaken track. However, I’m sure I’m not invited for my personality, but “just in case there’s a snake”, so there’s someone in the crew who knows exactly what to do.

Whether you’re traveling across deserts, jungles or the great Australian bush, you know that depending upon where you travel, you can be assured you’ll be sharing the space with some type of venomous snake species on your journey.

Of course you’re going to cross paths with them. Australia is the only place on earth with more venomous than non-venomous snakes and also has the record of possessing the most venomous snakes in the world.

To compile a list of every single snake that you can come across while 4WDing would take an eternity, so, how can you distinguish between a venomous species and their non venomous counterparts?

All over the internet you can find pictures that give you a “guideline” of what to look out for if you get up close and personal with a snake.

You need to know these diagrams are all fictitious and on a more serious note who honestly would like to get that close to something that could potentially kill you?

I’m frequently asked “if it’s big, its gotta be a python right?”

If you see a snake while 4WDing, do NOT assume you know what it is. In other words, assume all Australian snakes as dangerous.

Snakes have a unique ability to be uninvited hitchhikers in, under, or on your vehicle. They’re also equally uninvited when it comes to camping for the night.

I have found snakes under car engines, in boots, baggage, crawled up inside dashboards that had to be pulled apart, and under car seats.

I have also found snakes in tents, sleeping bags and lurking around outback dunnies. So what do you do when you come across a snake while driving offroad?

Killing snakes is illegal no matter what part of the country you’re driving in and this is what puts you most at risk.

The bad news is that a recent University of Melbourne study into the National Coronial Information Service showed that middle aged men were those most likely to be bitten by snakes.

Why? Essentially because they were trying to handle the snake themselves. In the bush, a snake that you drive past can simply be observed from a safe distance.

If you find a snake in your vehicle, camping bag, etc, by law you cannot handle the snake. Grant the snake an opportunity to leave the area – without touching it, while keeping yourself safe. This is your only lawful option if you can’t get ahold of a snake catcher .

Keeping safe around snakes is about keeping distance.

A snake will not go out of its way to chase you to attempt to bite you. They may hiss, bluff, mock strike, and even do an initial fake chase (on vary rare occasions) but given the opportunity, they will escape.

Snakes are equally as shy as they are deadly. A snake will generally only bite you if it’s harassed, threatened or fears this. In other words, if you leave them alone they will leave you alone.

THE DOS & DON’TS OF DEALING WITH SNAKES

If in the rare circumstance that you have been bitten by a snake, it’s important to take note of the following information:

The following is what NOT to do:

1. DON’T try to capture or kill the snake.

2. DON’T attempt to suck or wash the bite site.

3. DON’T try to find or identify the snake. The doctors do NOT need this information to treat you. 4. DON’T tourniquet the limb.

Remember that snakebites are a medical emergency. Do NOT assume the snake is non venomous. Venomous snakes can be found in any area of Australia.

Let the hospital advise you that you are safe rather than assume this yourself. Even if you survive, there are likely to be long term medical complications such as kidney failure, other organ damage, neurological issues or a shortened life span. Therefore, I cannot emphasise enough to NOT approach or go near a snake. It is not worth it.

Don’t fear them. Avoid them. While snakes can be anywhere, if you leave them alone, they’ll leave you alone. This is the best way to stay safe when travelling around Australia. 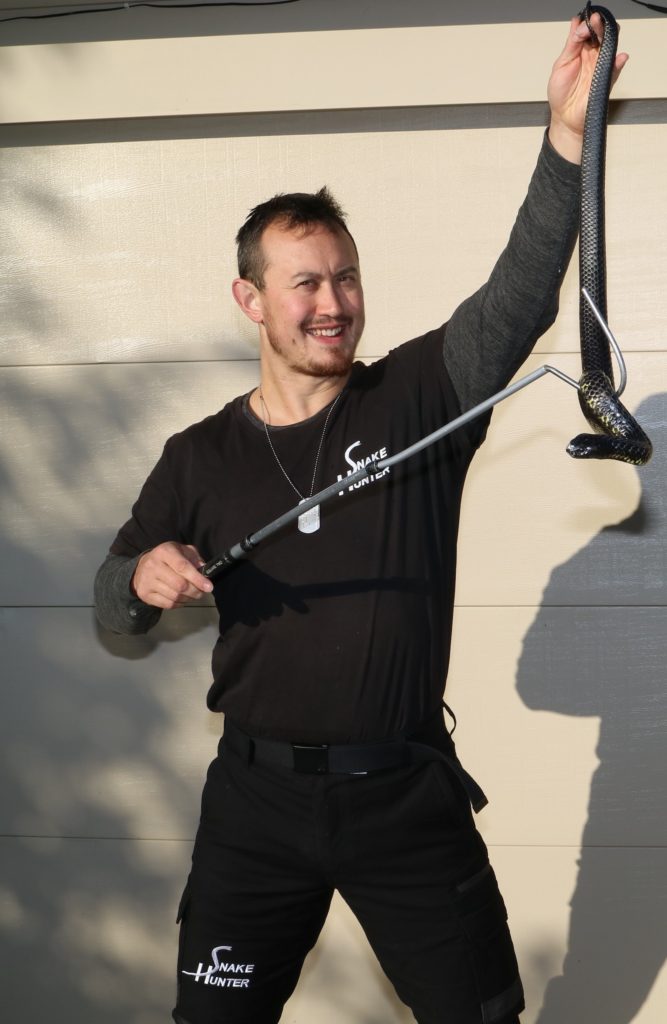 We’ve been taking Mark’s advice for years, especially when it comes to pre-trip planning, and IDing species we’ve seen. He’s an interesting character to boot…

Mark’s a snake catcher based in Melbourne. He acts as a consultant on venomous snakes and their behaviour and also teaches dogs to avoids snakes.

Mark is a single father of five young girls and loves taking them all on four-wheel driving adventures. For more information about The Snake Hunter, follow him on social media @SnakeHunterAus or go to www.snakehunter.com.au 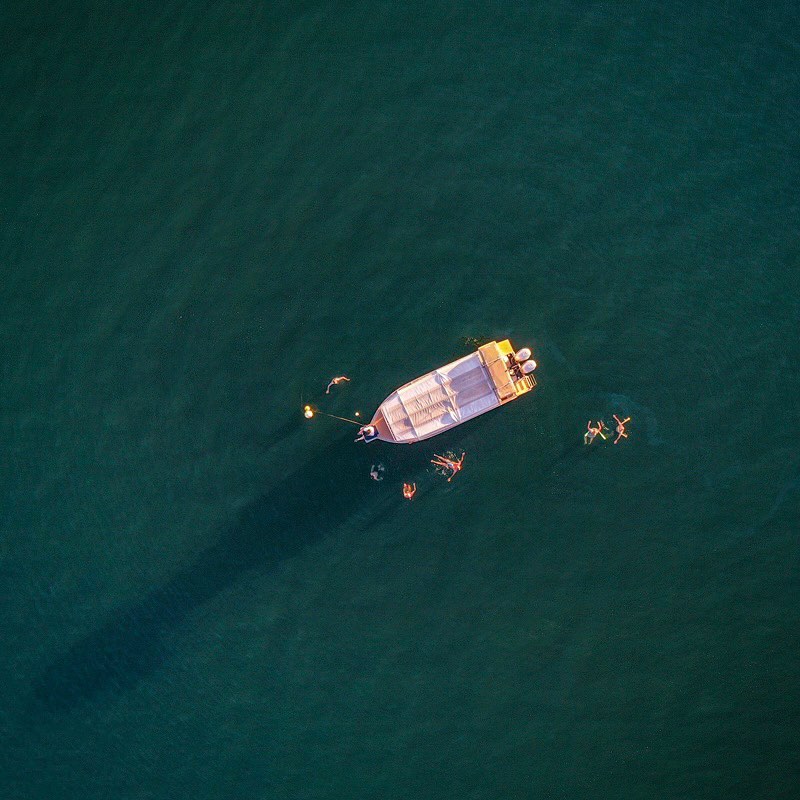 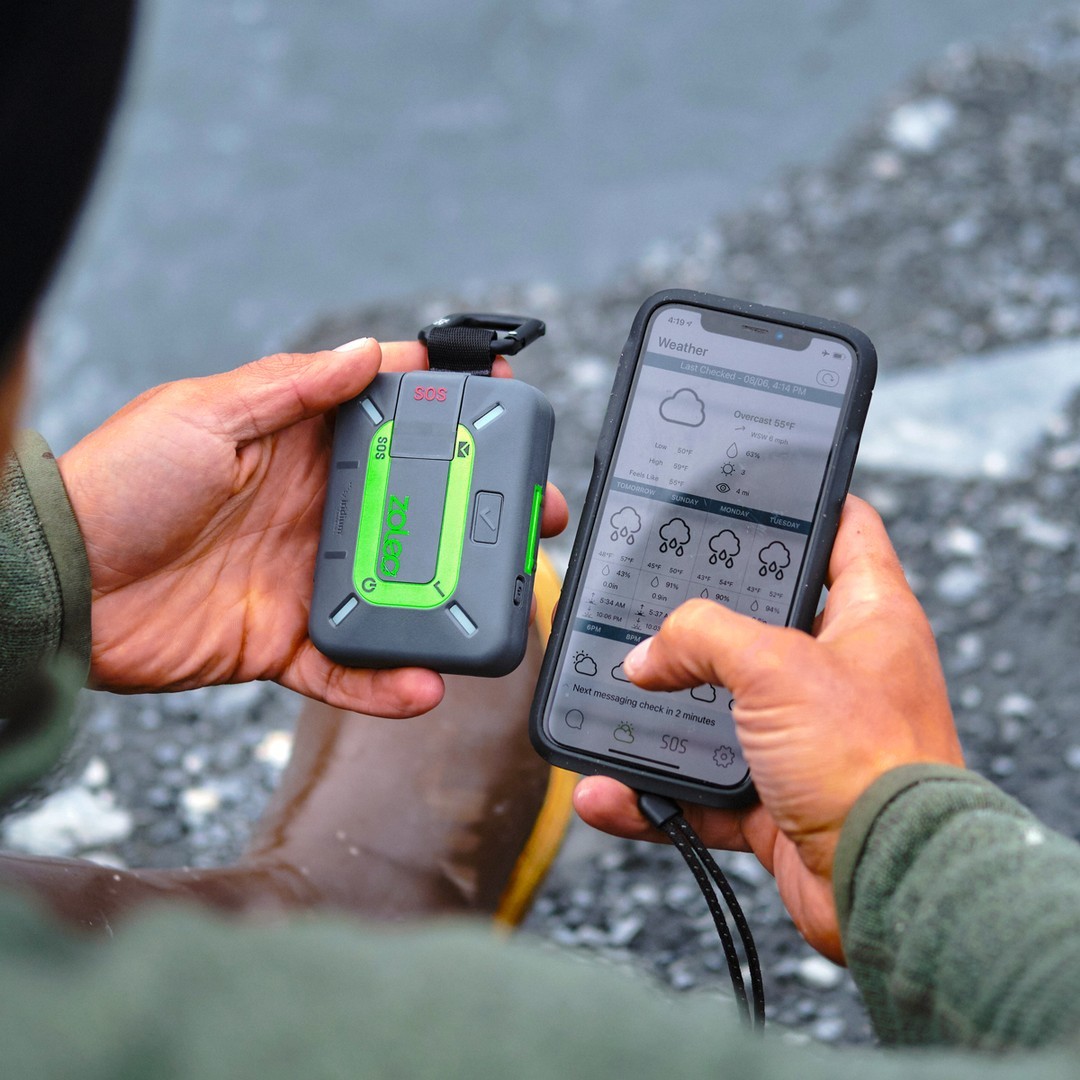 4wdtouringaustralia
•
Follow
Stay safe and in touch no matter how remote your adventures take you. ZOLEO is your affordable lifeline and communications device. It is durable and a breeze to set up and use. App-enabled with amazing battery life. With this limited time offer you can save $50 when you purchase a ZOLEO device from @satphoneshop! Plus, for a limited time, you could win a GoPro every week when you purchase a ZOLEO! T&Cs apply. Link in bio! @satphoneshop @zoleo #findyourself #stayintouch #staysafe #satellite #smartphone
View on Instagram |
3/9 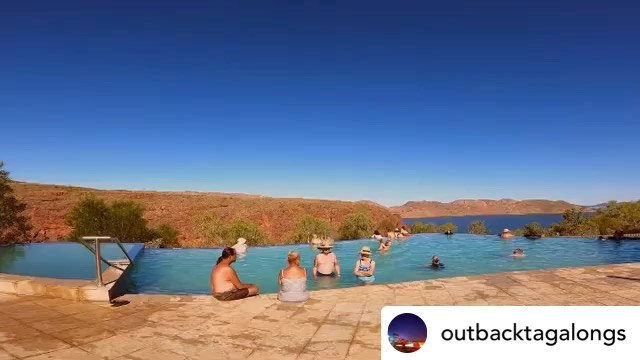 4wdtouringaustralia
•
Follow
@outbacktagalongs Day one of our Kimberley Photography Tagalong at Lake Argyle. What a perfect place to start this epic adventure up the Gibb River Road! We have a few spots left for our 2022 dates. @lakeargyle #justanotherdayinwa @australiasnorthwest @wa_tourism
View on Instagram |
4/9 4wdtouringaustralia
•
Follow
@NeliaGaariStation Tranquillity on the Darling. Relax in the comfortable, air-conditioned accommodation, or park up in one of the well-equipped camp sites. Explore surrounds from Broken Hill to Silverton, Menindee Lakes, Kinchega NP, Wilcannia & White Cliffs. Enjoy fishing for Murray cod + golden perch, a round of golf on the station’s nine-hole course + sunset drinks around camp. Get planning your next adventure with our hand picked destinations in our Australian Travel Bible and visit www.neliagaari.com.au. #neliagaaristation #outbackbeds #outbacknsw #darlingriver #stockyards #seeaustralia #4wdtouringaustralia #livingthedream
View on Instagram |
5/9 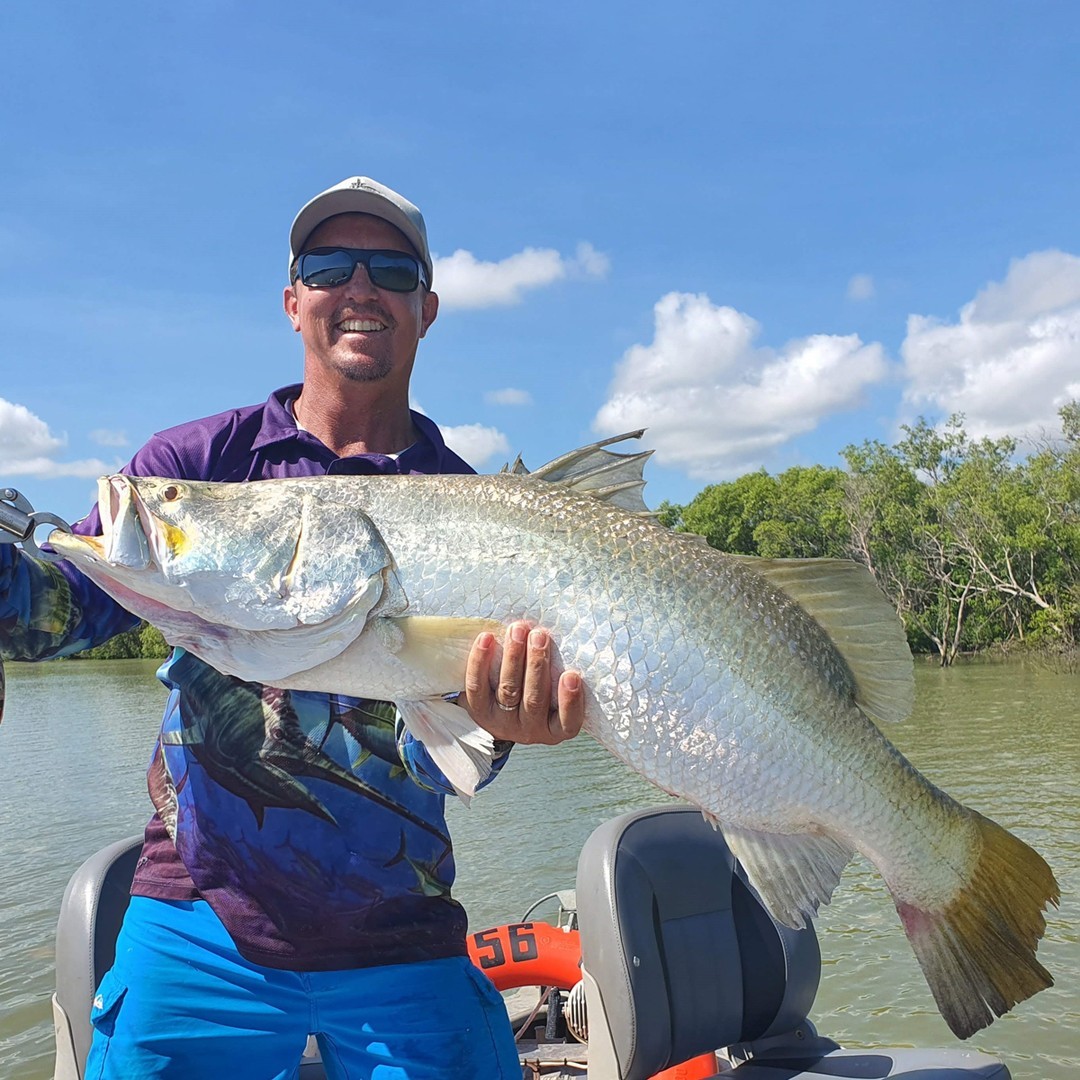 4wdtouringaustralia
•
Follow
@estuaryescapes There’s a reason that Darwin is right at the top of many travelling anglers' favourite destinations – the fishing can be absolutely sizzling! Want your next trip to be one you’ll be telling the grandkids about, make a booking with Di and Brian who own and operate Estuary Escapes Fishing Charters and you’ll see what all the hype is about. These guys are the estuary and coastal creek specialists. Check out more of our hand picked destinations in our Australian Travel Bible and visit www.estuaryescapes.com.au to plan your next fishing adventure. #northernterritory #australia #darwin #ntaustralia #nt #seeaustralia #outback #outbackaustralia #topend #northernterritoryaustralia #dothent #4wdtouring #livingthedream
View on Instagram |
6/9 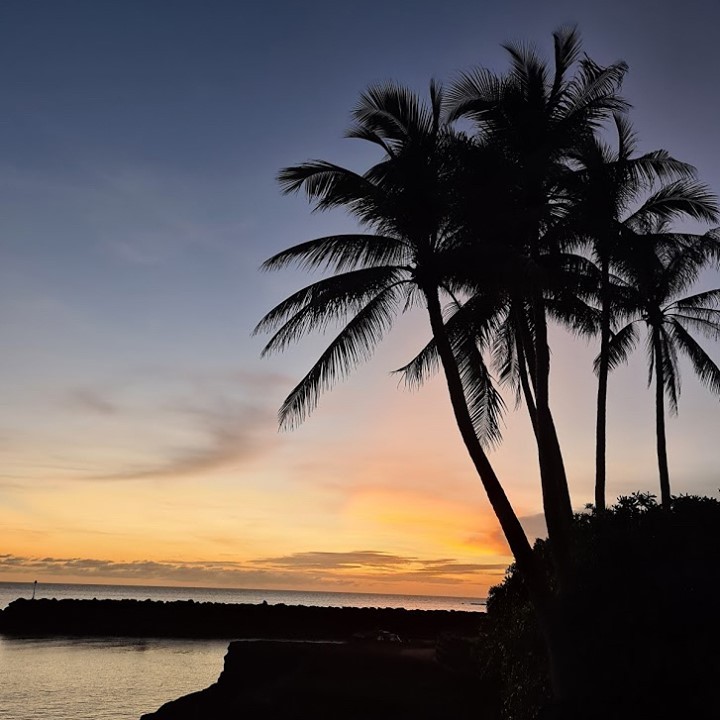 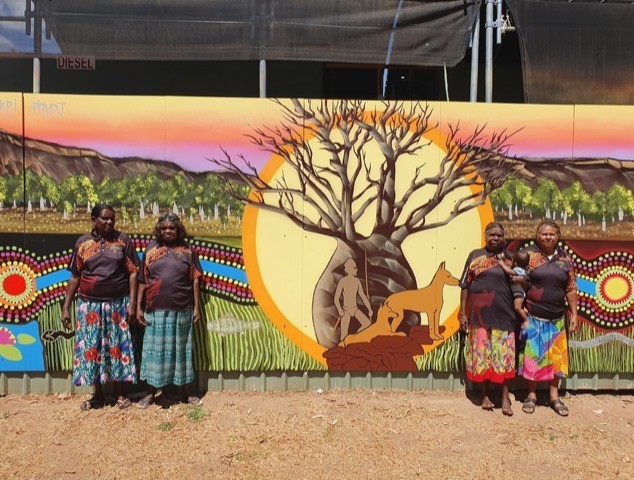 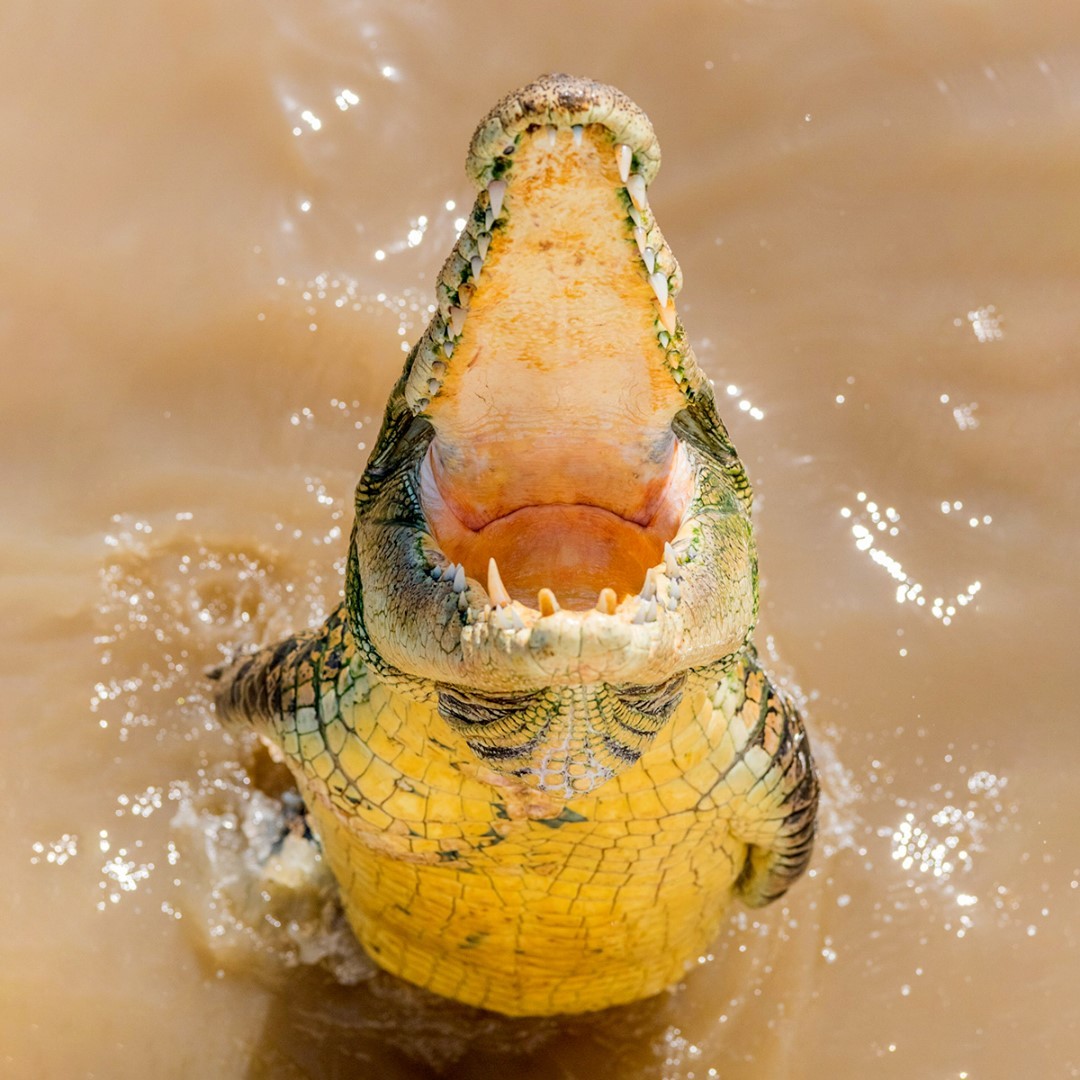