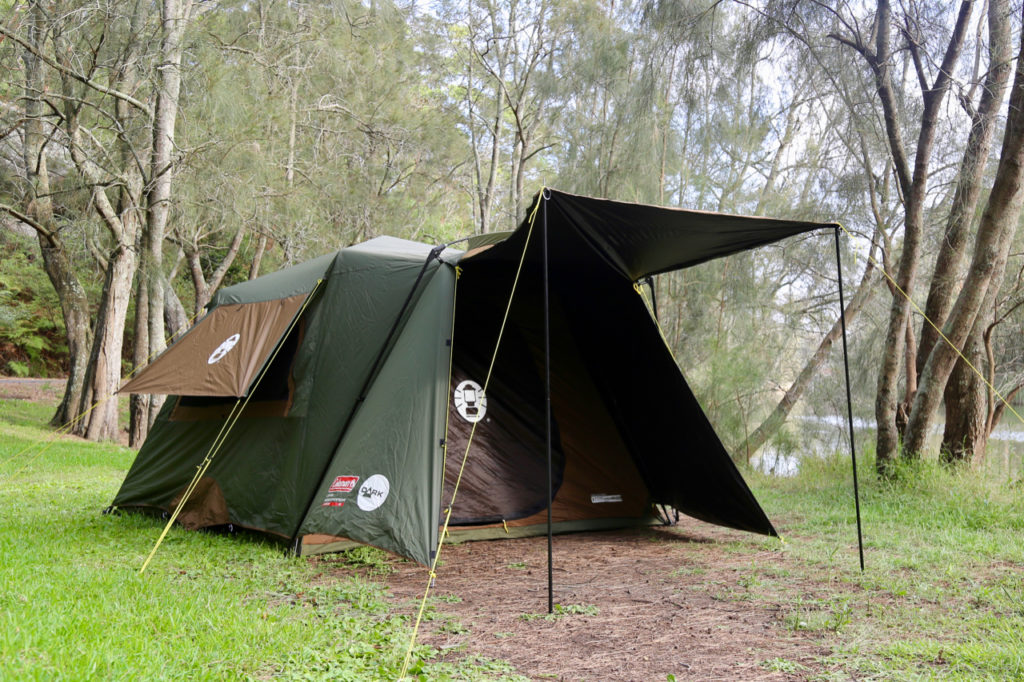 What mental imagery does the term ‘touring tent’ conjure up? Some sort of decades old, overweight mess of steel poles and thick, sodden canvas, perhaps?

Many of us have deeply repressed memories of battling both the elements and shoddy engineering all at once.

Carting one of those cumbersome contraptions out bush and back, like a creaking albatross about one’s neck, is almost enough to swear off camping for good.

The current crop of Coleman touring tents is a stark contrast. Those with keen memories might recall we featured the standard sized Lighted Northstar with DarkRoom tents in our January issue 2020 Camp Accommodation Guide.

We were suitabley jazzed with Coleman’s current range of camp accommodation. However the six-person Lighted Northstar with DarkRoom really stood out as the model with all the right features to turn the family touring market on its head. 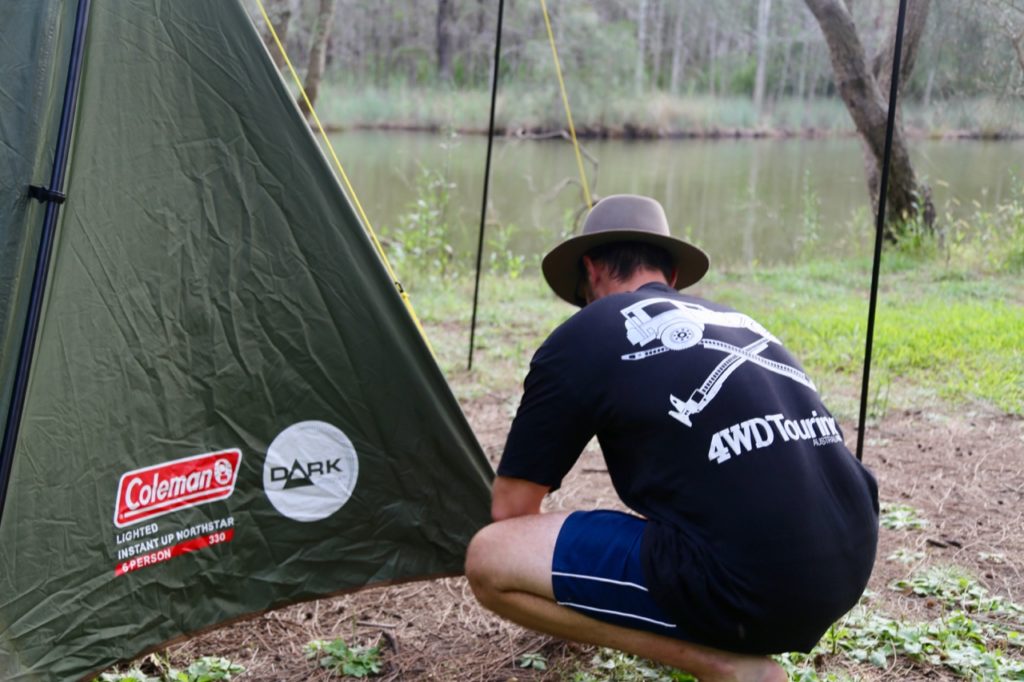 We put a 6P Lighted Northstar with DarkRoom through its paces over a three-month testing period, and the first factor of interest was convenience.

Coleman’s patented Instant Up hub is an umbrella-like integrated frame design that allows the tent to be spread out, lifted up and snapped into place in less than two minutes. It’s an effortless system that eliminates hassle and feels surprisingly sturdy.

Once the body of the tent is popped into shape, you’ll fit the fly on top, which clips into place. Then everything is tensioned and secured with the usual pegs and guy ropes.

A simple set of poles secures the front entry, and the front door itself can be pitched as a two-pole awning.

The first time we set this thing up, in fading light after a six-hour drive up the coast, took five minutes. That included finding scissors and a box cutter to remove packaging, then locating a head torch before going around to bang in the pegs.

After no less than a dozen setups and pack downs since, there are zero excuses not to have this thing fully pitched and beer in hand within two minutes flat. 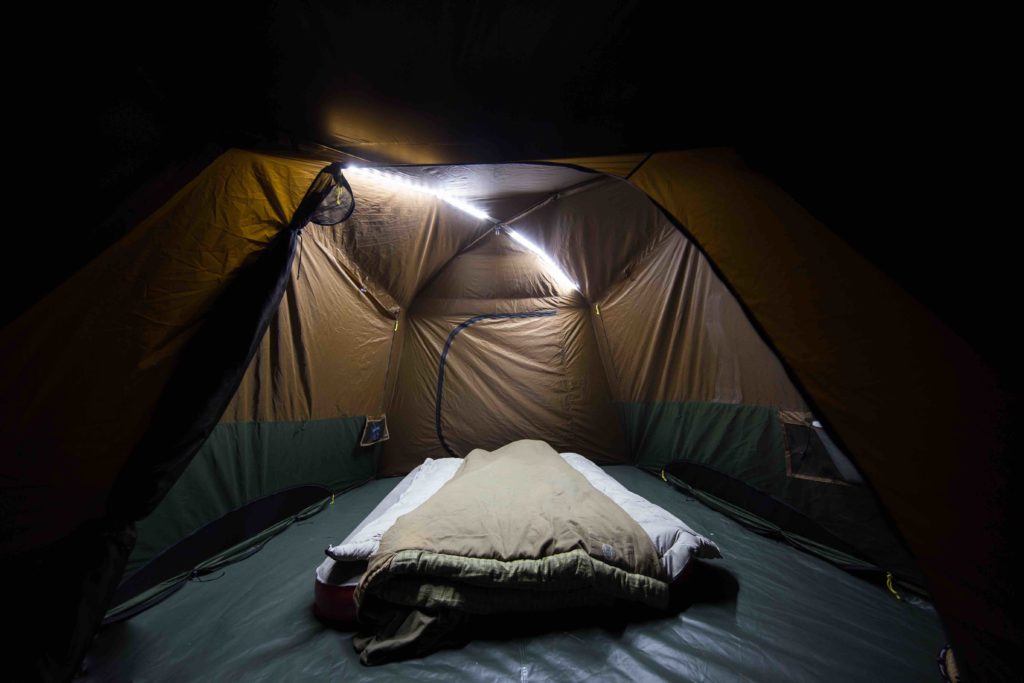 A night spent in a Northstar DarkRoom Series tent feels about as close to the hotel experience as you’re gonna get out bush.

This comes down to proper light management, an arena that has been sorely overlooked by manufacturers thus far.

Coleman’s DarkRoom tent flies are the key to their success here. The patented fabric treatment blocks out 95% of sunlight, keeping the tent interior much darker in the mornings and maintaining internal temperatures five-degrees cooler than untreated tents.

Instead of rolling out of sleeping bags with the first hint of dawn, we found we managed to stay dead to the world for hours after sunrise some days.

The lack of intrusive sunlight, combined with cooler temperatures and additional airflow courtesy of Coleman’s smart circle ventilation system kept me snoring until mid morning on occasion – a rarity that any light sleeper will surely appreciate!

Still on the subject of light, Coleman really has struck a perfect balance here with regard to providing light when you want it, and blocking it out when you don’t.

Flexible silicon strip lighting is integrated into the inner tent, offering an ultra convenient solution for any late night or early morning packing, midnight nature calls or even a low-draw reading light before bed. 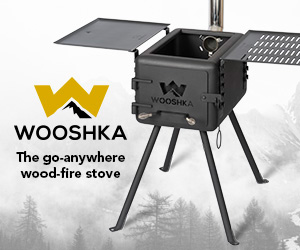