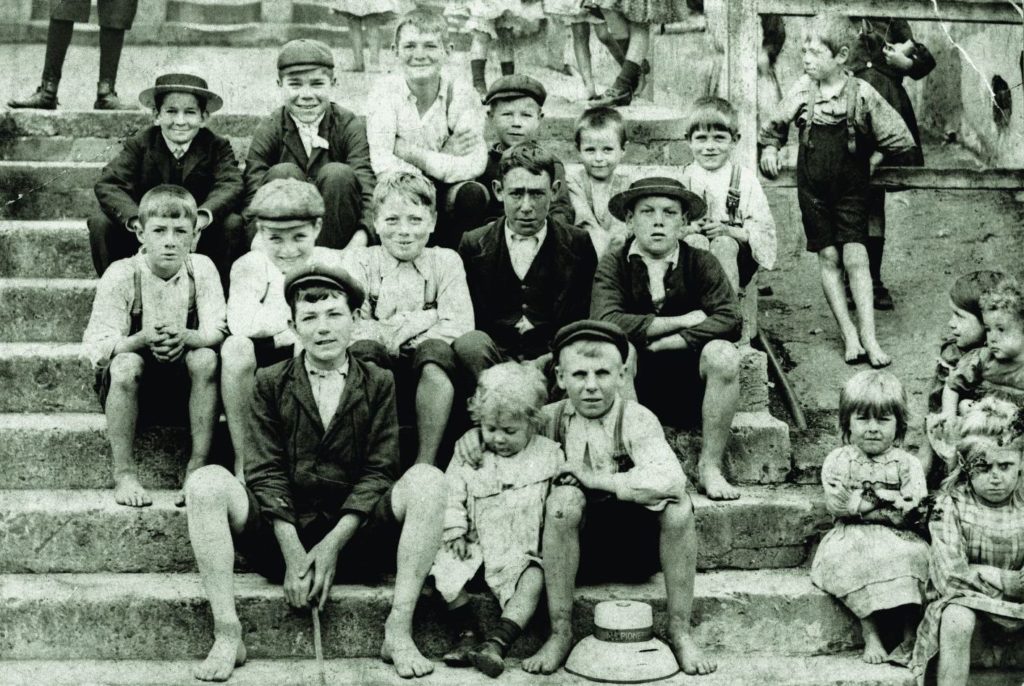 FROM AUSTRALIA, WITH LOVE.

Let’s kick things off by saying that there were two Brisbane Valleys. The famous one being the inner-city vice district, not far from my school, and once full of hookers and druggos.

The other Brisbane Valley was much less notorious, and could be found a couple of hours inland – a lush rural spread of rolling hills, state forests and the headwaters of the Brisbane River.

At 11-years-old this was also the scene of my first journey into the sticks. Like many city slickers, school camp was my introduction to starting a fire, boiling a billy, and rolling a baked bean can bomb into the flames.

Our teacher wasn’t used to kids this young reveling in their freedom with such gusto, so, for my sins, I was removed from the bunk house and forced to sleep in a WWII donga full of canoes.

As if that wasn’t punishment enough, next morning the teacher called us all together and pulled out a pillowcase full of letters. “A special treat, our class has joined the International Pen Pal Association. There’s a letter for each of you and a photo from the kid who sent it. And they’re from all around the world!”

The teacher went around with a polaroid camera and took headshots of each of us. “And when you write the letters back to them we’ll also include your photo.”

When the teacher took my photo next to the camp incinerator I was still scowling after my night with the spiders. I had a gauge-3 crewcut, because that’s what my parents could afford; a Brothers Rugby League Club jersey on; and my arms were folded like a trade union heavy.

I recall that my pen pal was from Norway, her name was Sasa and she was 13. Her portrait featured her family sitting on a couch.

I read the letter – she enjoyed mathematics, cooking, and looking after her baby sister while her parents were at work. She reckoned she could moonwalk just like Michael Jackson.

To each their own. Not my idea of a good time but I appreciated that maybe that’s just how things rolled in Norway. I had no idea what to write to her and the teacher said “write about camp, the bush, what you see outside the window here.”

I did exactly that.

I told Sasa I was on school camp and that as soon as we got out into the bush it had been “complete bloody bedlam”. My pen kept walking across the page as I filled her in on what things were like here …

I told her we had ducked cowpats frisbeed at 100mph by a diabetic Italian kid with a full moustache. I told her about the refugee kid from Indonesia who bought along a packet of Benson & Hedges and taught us how to smoke in a thicket of stinging nettles.

I told her how we put a bunch of bananas and a tube of toothpaste (without the lid) in a kid called ‘Scrivvo’’s sleeping bag and all took turns jumping on it. I told her that Scrivvo deserved it because he never shut up.

I told her about the kid with horse teeth. He wouldn’t let go of the rope-swing and smashed back into the riverbank, hard, and let go into the mud flats.

And I definitely had to tell her about the night we slept on the mountain, in tents. I told her this was Yowie Country, and what a Yowie was, and that we were rightfully terrified. I told her that one kid even wet himself.

Then there was the kid who rode one of the mountain bikes into a barbed-wire fence, and the choko vine we found and how we hurled them from the windows of the bus when the teacher did a supply run into the nearest town. I told her what a choko was.

The obvious highlight was when some of the kids cornered a brown snake down by the wooden bridge and threw rocks at it. It got angry too, coiling up, hovering, the works. I told her what a brown snake was.

I thought nothing of it. This is what happened. I licked the envelope and dropped my correspondence back into the pillowcase.

A month later, back in the classroom, near the other Brisbane Valley, the teacher pulled out his pillowcase again, “Great news, we’ve got the replies to your letters from the International Pen Pal Association.”

Everyone got a letter; the Italian kid with the full moustache, the Indonesian chain smoker, horse teeth, the kid who wet himself. Even Scrivvo.

“Jimmy, I’m sorry, there’s nothing for you,” the teacher said.

Wow, no letter, but I understood. I thought of poor Sasa over there in Norway, perhaps going through trauma counselling.

Ah well, I guess Australia ain’t for everybody.