“…There is no greater joy than to have an endlessly changing horizon, for each day to have a new and different sun.” – Christopher McCandless, Into the Wild 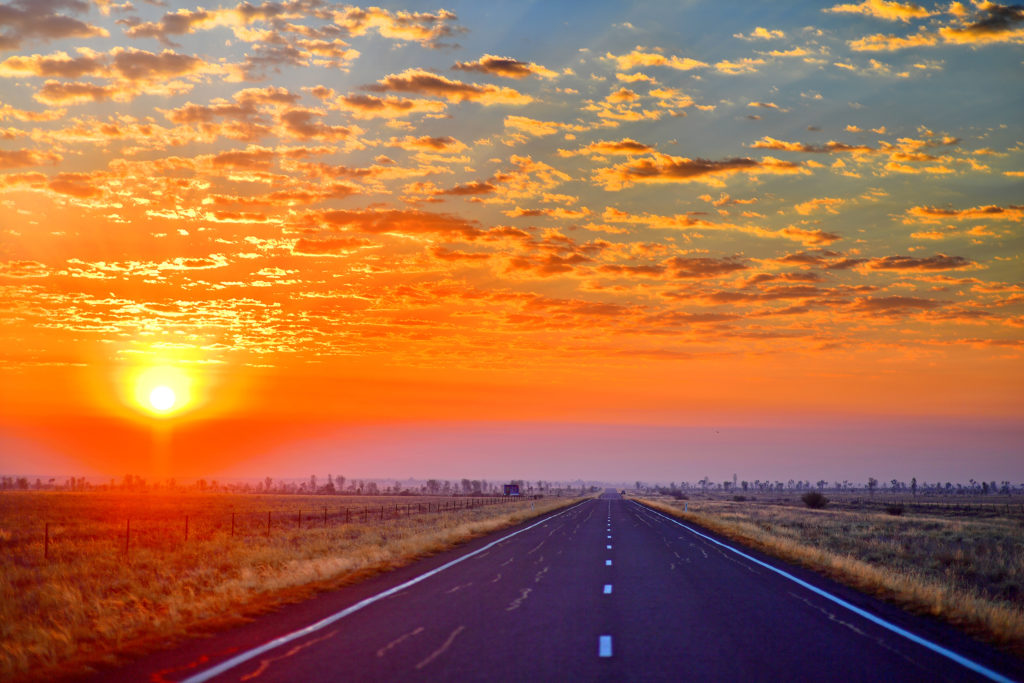 There have been a few times in my life when I have realised, in those eerily still crystalline moments when everything seems irrevocably lurching toward an inescapable unpleasant reality, usually my own demise, that I might have a weird love affair with oblivion.
Or maybe not. Maybe it’s just that when we are careening so close to the edge, we are at our absolute most aware, our senses as far as they can possibly be from oblivion: so close to nothing, we can just grasp everything.

The Kimberley is a sprawling adventure on the map, but for most travellers, it is fairly easily bisected into east and west by the Kalumburu Road, which shoots north to the Mitchell Plateau from the Gibb River Road.

The Gibb River Road is like the aorta of the Kimberley. While highway one shoots an arrow path further south between Kununurra and Derby, The Gibb is the main draw: 660km of mainly dirt road that cuts through some of the most stunning country in the world.

But if you head all the way up here to the top left of the continent and just hit the Gibb, you’re missing half of what the Kimberley has to offer.

One of the real jewels of the Kimberley, despite its human beginnings, is Lake Argyle. Named after the station that was dammed and flooded in 1971, the lake extends over 1,000 square kilometres just south of Kununurra, extending out from the original bed of the Ord River to capture nearly 11,000 gigalitres of water.

I always try to stop in here, not for the fishing (unless catfish is your thing, which the locals have dubbed silver cobbler in an attempt to make them a bit more appealing to anglers), but for a kind of beauty that I don’t think exists anywhere else in the country.

The Carr Boyd mountain range here sprouts up out of the water in vivid reds and oranges, in stark contrast to the perennially blue sky, and everything is reflected in the perfect mirror of the lake.

The water here is so clean they say you can just drink it while you’re swimming in it. I reckon that feels like drowning, but the point remains, this is an epic way to start your Kimberley adventure.

I’m always looking for new ways to explore every landscape, especially if I’ve been somewhere before. So this trip, we loaded our swags, camera gear and pretty basic camping supplies into a little tinnie we borrowed from Charlie Sharppe, who runs the resort at the north end of the lake. The tinnie was called Bob, I think, and it seemed to be built to carry two small children, not two blokes and all of our gear.

“Don’t worry,” Charlie said, “it’s always glass out there. You’ll be out to the island in half an hour, tops.”

And we were. We hooned along the whisper quiet tabletop of black water out to what felt like the middle of the lake, Pumpkin Island. There aren’t many places where you can park a boat, much less roll a swag out on the islands here, as they rise so precipitously from the water, but these islands have small sandy beaches and flat rocky escarpments where you can actually get a level bed and have a campfire (if you bring your own wood).

We met local guide Josh Melville on the island when we got there. He’d brought some firewood and his guitar. Josh runs the Gourmet Camp Oven Experience out of Lake Argyle, and he’s a killer cook and a great singer too.

We rolled our swags out to easily the best view I’ve ever seen for a sunset, had a few beers as we watched the world melt into itself and listened to Josh serenade the water’s edge into the darkness.

The next morning, we made our way back to the resort, into the wind, in ‘Bob’, and it took about two hours of being caught between going too fast into the chop to stay dry and going too slow to get the boat to plane. And I’d do it again in a heartbeat to get to fall asleep somewhere so quiet again, so removed from any normality…there’s just nothing quite like island camping.

The Bungle Bungles, the place so great they named it twice. I’ve talked about ocean wives before, those places on the coastline where a man might decide to stay awhile, to learn the place in every light, every wind, to ride the waves on good days and bad…in sickness and in health as it were.

There aren’t many land-bound places that have that kind of draw for me, but the Bungle Bungles are definitely one of them. These strange beehives that rise out of the clay and ochre plain are frustrating to capture on film. If you get the colour, you lose the grandiosity. If you can capture the sheer scale of the place, you lose the fine details, the smell of the water that has carved them that gathers in algae-choked pools.

The good, and the bad thing, about visiting this park is that you have to commit to it. Unless you catch a chopper from Kununurra or the Warmun Roadhouse (which is definitely worth it, but won’t replace the trip in by 4WD and foot), it’s a hell of a journey from even Kununurra to get in here.

It’s about 250km from Kununurra to the turn-off. From here, it’s a mere 53km along a 4WD track out to the park. This track is definitely part of the experience. It is no highway, and if you respect it and treat it as part of the journey, it’s fun and a great filter for the mongrel hordes.

The Bungle Bungles, or Purnululu National Park (either way you’re going to be using every ‘u’ in your inventory) consist of stacked layers of sandstone and conglomerate stone, laid down at the bottom of an ocean 350 million years ago. Over that time, natural weathering, rain and ice and wind, carved the beehives out of the desert, the rainbow skeletons of an ocean that once was. The stripes aren’t just the different rocks, though. The dark bands are home to cyanobacteria, which stain the stone, and were originally responsible, billions of years ago, for oxygenating the earth’s atmosphere.

I’ve seen the domes at sunset a few times, and once I camped out here overnight in my swag with a pile of camera batteries just to get a timelapse of the milky way setting over the domes.

Echidna Chasm sits at the north end of the park, and is well worth the journey – a long, winding Arabian alleyway of stone, the light here is strange and unwieldy, the sound even more so.

And for something completely different, in the south of the park near the domes resides Cathedral Gorge, pretty much the exact opposite of Echidna Chasm: a huge, echoing natural concert hall, like a giant chimney burrowed into the stone.

I wish I could spend weeks at each of these spots, trying to capture them in every light, in storms and sunshine. But we make the most where we can…and move on to the next adventure.

For years I’d overlooked Kununurra as a destination unto itself. You have to go here, for fuel, food and supplies. And in its necessity, I had neglected its beauty. You don’t have to travel far from K-town to see some of the best of the Kimberley. From Packsaddle Springs to the south to the imposing ‘Elephant Rock’ just out of town, and even the spillway you have to cross to get to the Gibb River Road, K-town may be shy, but she’s no less sexy for it.

Some of the best barra fishing in the Kimberley (outside of the Pentecost, which I’ll always have a soft spot for) is right in town, on Lake Kununurra, which technically extends all the way down to the dam wall at Lake Argyle. This smaller lake has been stocked in recent years with some decent sized fish, and anglers are just starting to pull them out close to a metre long, so who knows what’s waiting in there in the future.

Mirima National Park is just outside of town, and is to the locals the mini Bungle Bungles. Some of the landforms here are just as brutal and beautiful, but without the crowds.

I had a helicopter flight around K-town with Helispirit last time I was here, and we flew over all the local sites, some I’d never driven to, some I never knew existed, and yet again, I filled up my bucket list with new places to explore, new waterholes to swim in.

I reckon that’s always a solid plan, if you can, for any new location. Check it out from the air first, you’ll get an idea of what’s where, and find some new hidden gems along the way. It’s some of the best local research you can do, and you’ll always find spots only the locals know about.

The Kimberley is a moveable feast. You’ll take pieces of it with you wherever you go for the rest of your life. And you’ll yearn to return. It isn’t a one-visit kind of place. I’ve been about seven times and I’ll definitely return seven more times. And I know I’ll find something new every visit.