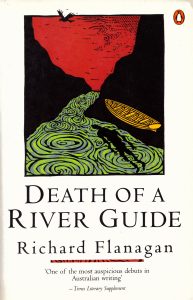 Richard Flanagan set out to do nothing less than to write the great Tasmanian novel. Told, loosely, everything gets loose when you are dying, by a river guide slowly drowning after trying to save a customer, the story expands out from his life to his family’s lives, into the Tasmanian landscape, into a history stranger than death visions.
The architecture of the novel is sublime and ever unfolding, like the world it tries to capture.
Flanagan’s visions wrap around themselves, swirl like the drowning, life-giving, rising river.
Through the water coursing over his eyes, the protagonist, Aljaz, travels back in time, through space, and sees everything with the clarity of no time, and the fuzzy surety of a dirty window.
Somehow, throughout it all, Flanagan manages to weave the story of the country in with the story of the people who have tried to laugh, love and brave their way through a life in a land down under.
In some ways, it is the quintessential Australian novel – one so intimately tied to the land that it could be written nowhere else.
But because it is so connected to something as timeless as the land…it becomes universal. And that is the mark of a truly great novel, to be utterly specific, and utterly universal in the same breath. 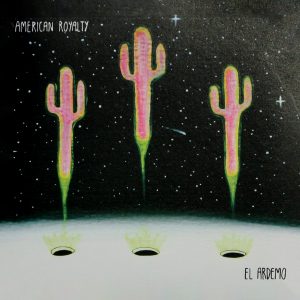 There are 40 years in this little gem of
an album – there is a musical journey here that runs from 1973 straight through to 2013.
Every release by this LA threesome is completely different, and if you aren’t paying attention, it’s easy to mistake the songs on this album for a mixtape of bands that all maybe know each other and sometimes hang out if they’re all in the same city at the same time, such is the spirit of experimentalism and psychedelic wanderlust.
Like the picture on the other page over there, this album is dark, yet colourful, drawing you in to see what else is hidden beneath the surface.
The synthesizers are perfectly balanced, both tonally and temporally, against the vocals and guitar antics of Marc Gilfry and Billy Scher, along with drums and, presumably a lot of drum machines, from Mat Ungson.
Together they meld a world that just doesn’t quite exist anywhere in the musical world.
It’s a party world…a world of kids getting their rocks off in whatever way they can – which is to say, it is exactly the same as every musical release since they invented microphones and figured out how to record them.
This EP is not long enough, by a long shot – but I’ll accept that an album is done if the artist says it is done, without trying to stretch it out into something that isn’t true to their vision.