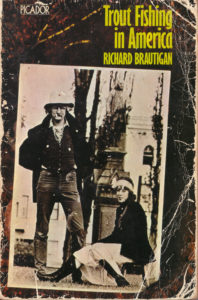 Tom Martin Creek
I walked down one morning from Steelhead, following the Klamath River that was high and murky and had the intelligence of a dinosaur.
Tom Martin Creek was a small creek with cold, clear water and poured out of a canyon and through a culvert under the highway and then into the Klamath.
I dropped a fly in a small pool just below where the creek flowed out of the culvert and took a nine-inch trout. It was a good-looking fish and fought all over the top of the pool.
Even though the creek was very small and poured out of a steep brushy canyon filled with poison oak, I decided to follow the creek up a ways because I liked the feel and motion of the creek.
I liked the name, too.
Tom Martin Creek.
It’s good to name creeks after people and then later to follow them for a while seeing what they have to offer, what they know and have made of themselves.
But that creek turned out to be a real son-of-a-bitch. I had to fight it all the God-damn way: brush, poison oak and hardly any good places to fish, and sometimes the canyon was so narrow the creek poured out like water from a faucet. Sometimes it was so bad that it just left me standing there, not knowing which way to jump.
You had to be a plumber to fish that creek.
After that first trout I was alone in there. But I didn’t know it until later.

Everything All the Time // Band of Horses 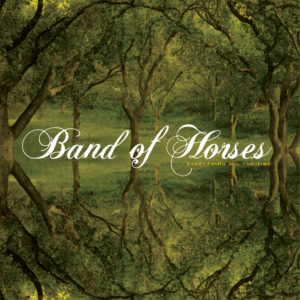 Emergence is that property which we ascribe to any system where the sum seems greater than the parts. A few carbon atoms have a party with some protein chains and next thing you know, life exists.

Snowflakes represent physical emergence, life is chemical emergence, and music is artistic emergence. Too often a pair of artists working together comes up with a musical masterpiece that, apparently, neither was capable of alone. Roger Waters and David Gilmore…Robert Plant and Jimmy Page…Simon and Garfunkel…Lennon and McCartney…the list goes on.
Everything All the Time is a classic case of an emergent album. Nothing the band has done before or since has been worth talking about. But this album is pure fifth essence. Every note resounds with that artistic suffering that seems inherent in greatness. Ben Bridwell’s singing is ethereal – coming from some other world, but rooted firmly in the reality of this one right here. Everything meshes, and the dichotomy between Ben and co-writer Mat Brooke is readily apparent, if not readily admitted by anyone, in the loss of magic in subsequent albums.
But this album achieves something that few others ever will – timelessness and an ability to remain on high rotation in my car pretty consistently since it came out mid-2006.