THE TOP FIVE MOST UNDERRATED FISH IN THE LAND. 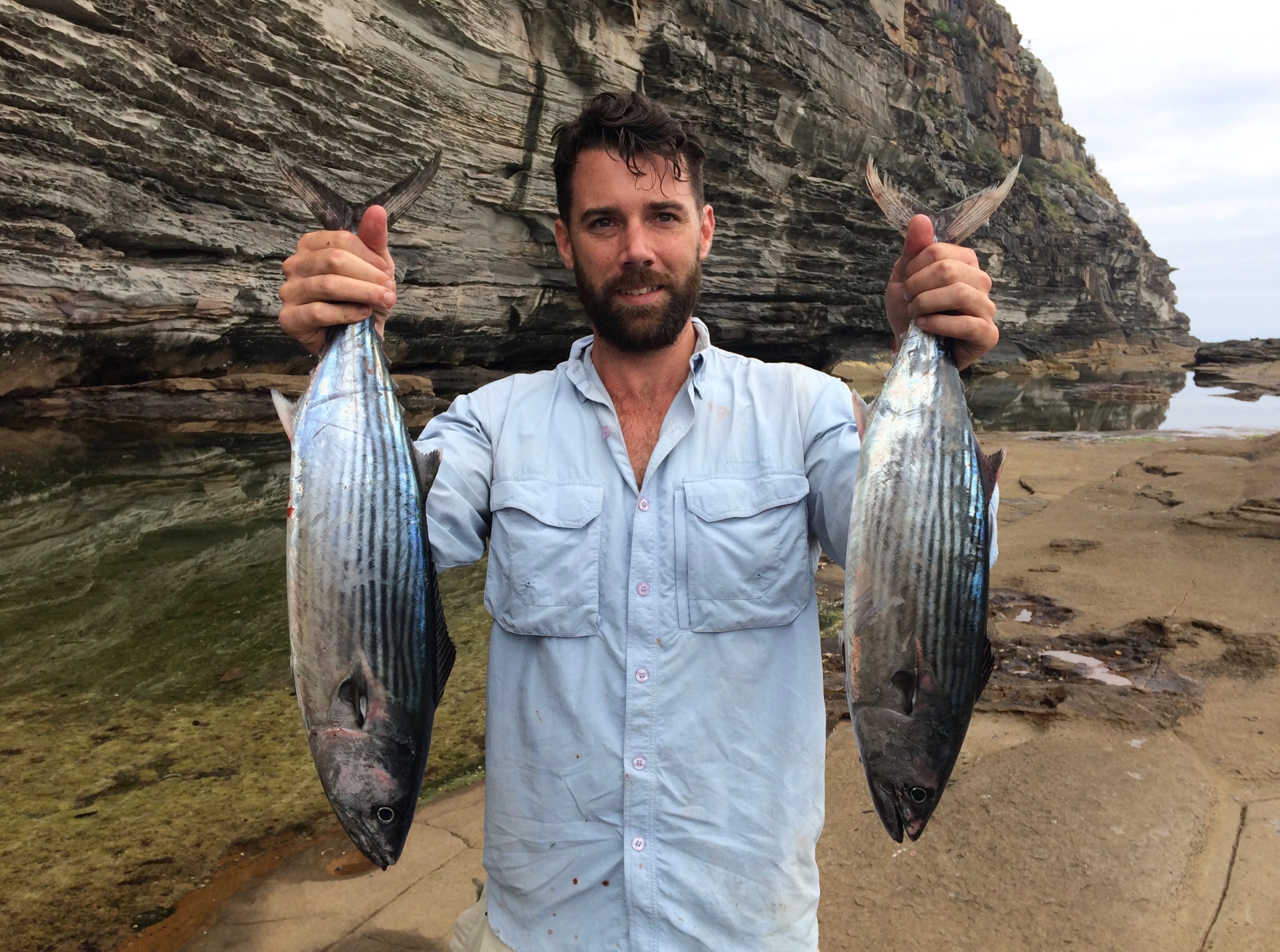 If you’re into fishing, you just about won the lottery by winding up in Australia. If you’re also partial to quality seafood, then doubly so.

Seriously, the amount of top shelf table fish that abound in Aussie waters astounds. Even for a lifelong fisho.

And the menu just keeps expanding. I remember as a kid snapper, whiting, flatties and bream made up the bulk of our take home catches.

Learning how different cultures capitalise on the bounty of the sea is a blessing.

Poke bowls, sashimi slices, spicy fish cakes and curries. All things we didn’t have that now we do.

And now we eat the bait! Just think of all the top quality fresh tuna slabs chopped up and thrown overboard for burley and slab baits back in the day.

You’d put a deposit down on a new fourby with what some of those fish would’ve fetched fresh on the Tokyo fish market floor.

We anglers have wised up a little these days, as our palates have developed. But the big name species still score all the hype when it comes to bringing home a feed.

The following fish share a few features in common. They’ve got a wide range, are easy to catch, are delicious when prepared right and are all criminally underrated. 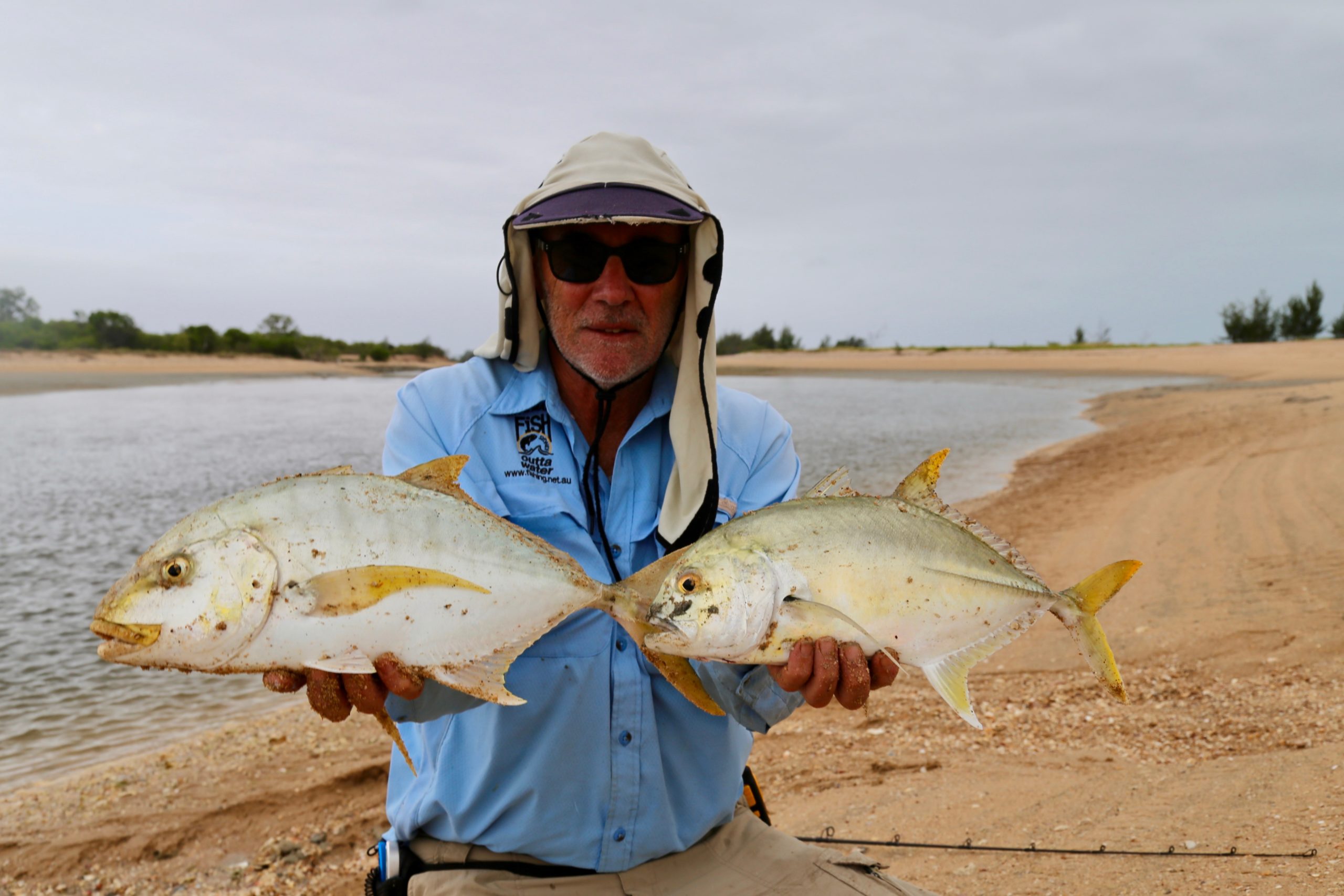 Silver trevally up to around 2kg are a common target through the cooler months along the entire NSW coast and are found right around the southern half of the country.

Up north, golden, big eye, tealeaf and a myriad of other trevally species are caught in estuaries and around inshore reefs and structure. Giant trevally grow to epic proportions and are renowned as one of the toughest fighting sport fish in the sea.

One thing all trevally species have in common is that they make great tucker when looked after and prepared right.

Their firm white flesh is reasonable when grilled and lightly seasoned, but it’s absolutely at its best when eaten raw.

The texture of fresh trevally makes for excellent sashimi. Chill trevally in a saltwater ice slurry for a couple of hours immediately after catching and the flesh will firm up perfectly. Fillet, skin and cut into ultra thin slices with a razor sharp filleting knife.

Serve trevally sashimi slices with black sesame seeds and a dressing of light soy sauce and Japanese mirin with a little grated ginger and orange zest. 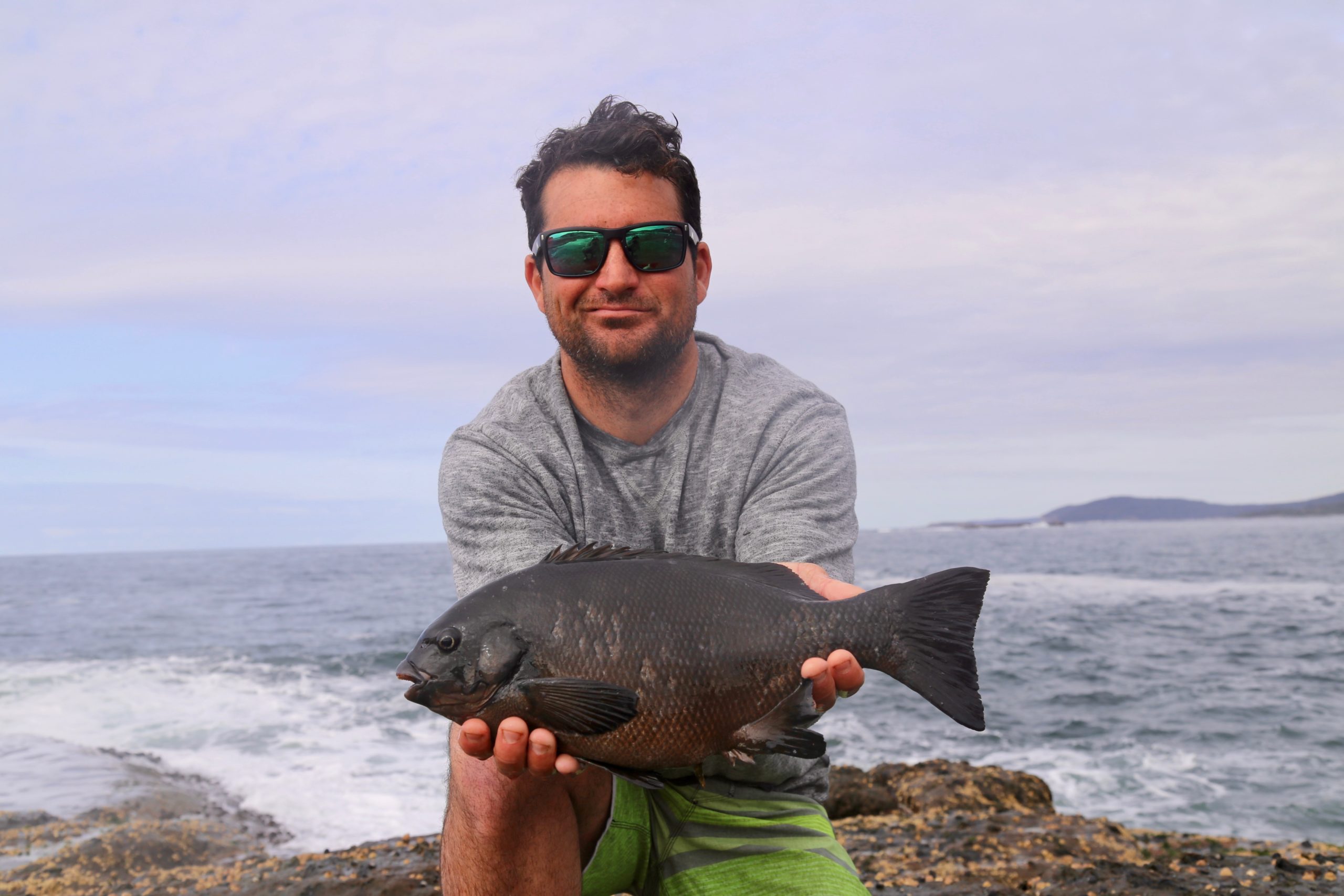 Eastern rock blackfish, drummer or pigs are a mainstay for New South Welsh rock fishos. These big lugs are balls of muscle that inhabit the foamy washzones fronting most rocky headlands from Eden to the Tweed.

There’s no way to practically fish for them commercially, so you’ll never see ‘em in a fish market. If you want to sample one, you’ll have to catch it yourself.

Drummer are omnivorous and live off a combination of a few different types of seaweed as well as cunje and crabs.

Similarly to other omnivorous species like luderick and mullet, they’ve got a reputation in some circles for having a ‘weedy’ taste when cooked whole.

The best way to prepare them is to fillet them, remove the rib bones and skin.

Dust the white, boneless fillets in flour, drop them in an egg wash and crumb them with panko breadcrumbs.

Fried in a pan with hot rice bran oil, seasoned with a little lemon juice, salt and cracked pepper, there’s nothing better.

Anyone who’s wet a line north of Noosa would be well aware of the Spanish mackerel’s fearsome rep.

Not only are they one of the fastest, hardest pulling sport fish caught anywhere, their firm white flesh is excellent prepared just about any way you can think of.

While Spaniards are top of the pecking order for anglers all around the north, their smaller cousin the school or grey mackerel tastes just as good but receives none of the love.

Schoolies are often taken as bycatch, but the truth is that they’re an excellent target in their own right and an extremely versatile table fish.

They can be readily caught in northern waters by spinning metal lures from the shore or on gang hooked pilchards or gars presented under a float.

They’re even easier to target from a boat and can be targeted by trolling mid sized diving minnows around rocky headlands, reefs and wrecks at dawn and dusk.

The firm white fillets are easy to skin and are excellent dusted in flour and seared on a hot plate.

They firm up nicely after being chilled on ice and also make very good sashimi.

Plenty of old school anglers still think of bonito as bait rather than a top quality table fish. They’re seriously missing out.

These pint-sized pelagics move down the east coast in big numbers through summer as the East Australian Current starts to pump.

They hang around until the end of autumn and are an easy target for shore based and small boat fishos.

The most effective ways to target them are spinning metal lures from deep-water headlands at dawn, or trolling small diving lures around the same areas during low light periods.

Bonito has a strong flavour and the key to making the most of its eating qualities is to bleed any fish you plan to keep before brain spiking it and getting it on ice as quickly as possible.

When bled and iced, bonito fillets will remain firm and are best eaten raw. They make excellent sashimi served simply with a light soy sauce, wasabi and pickled ginger.

The humble tailor is a bread and butter species for beach fishos from Fraser Island right down the east coast and around the southern half of the country.

They’re generally not regarded as a top tier eating species, but they’re pretty good when looked after properly and prepared fresh.

As with a lot of stronger flavoured fish, the trick to making the most out of tailor is to bleed them and chill them in a saltwater and ice slurry right away.

Avoid letting them come into contact with fresh water, as this encourages bacteria growth.

One of the best ways of preparing a haul of fresh tailor is to smoke them. Fillet your tailor and remove the rib bones before soaking in a brine made with rock salt and brown sugar.

Pat fillets dry and place skin side down on the rack in a Nipper Kipper smoker and dust the flesh side of the fillets with a little more brown sugar, salt and pepper before smoking for 15-20 minutes with a cup of manuka or port flavoured hardwood sawdust in the bottom of the smoke box.

Hard to beat when cooked fresh around camp and washed down with a frosty ale straight from an afternoon beach fishing sesh. 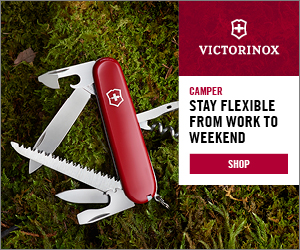